By Darren Faulkner and Chris Kershaw

Let’s just set the record straight from the start, there are no “Hard Gainers”, only poor eaters.

Gaining mass is “simply” a matter of eating more food than you are currently eating and then using the appropriate training protocols to make sure as much of that new mass as possible, is piled on in the form of shirt sleeve-tearing muscle.

You may have noticed that the word “simply” is in inverted commas - so you know there’s a catch!

It is simple - it just ain’t that easy!

The fact is that eating more food, especially for “Hard Gainers”, is extremely difficult - hence the “Hard” part.

For various reasons, you get used to eating a certain amount of food each day, your routine suits it, your energy balance suits it and your appetite suits it.

Cramming a load more food into your tum every day not only needs a conscious and consistent effort, you need to plan and you need to avoid a few very common mistakes.

However, if you avoid the following four big mistakes you can make “Hard Gaining” a whole lot easier.

MISTAKE 1: EATING TOO MUCH PROTEIN

What? Eating too much protein? Is that even possible?

Of course you need protein to build muscle but for hard gainers you need a lot less than you might think. 2 grams of protein per kilogram of target bodyweight is ideal for increasing muscle mass. If you weigh 65kg and you want get to 75kg you don’t need any more than 150g protein each day.

Whilst you might naturally assume that more = more, what you will actually find is that eating more protein than that will leave you struggling to make up your total daily calories.

So, if you’re already struggling to get enough calories in, eating super-filling foods isn’t going to help.

Protein also has a higher TEF (Thermic Effect of Food) which means that when you eat protein you actually burn off more calories just digesting it than you would when you eat carbohydrates and fats. If you’re trying to increase your calorie balance, burning off extra calories by any means is going to make that job harder.

Finally, protein takes longer to digest and burn through as fuel, which means that when you eat protein, not only do you get full faster, you also stay full for longer, making those vital calorie boosting snacks a lot tougher to stomach - you're just not hungry!

Less filling foods such as starchy carbs, rice, potato etc. are far better for bulking up because you can eat more of them in one sitting and the resulting satiety doesn’t last as long, so you can go back for more sooner and keep those calories rolling in like a conveyor belt of tasty treats.

Of course, if you are trying to keep your weight and body fat down, this approach is not ideal but for all you mass-hungry monkeys, calories are king and the key to calories is consistent consumption.

Two or three fistfuls of starchy carbs and a palm sized piece of protein per meal is really going to help you hit those calorie targets.

MISTAKE 2: EATING TOO MANY NUTRIENT-DENSE FOODS

It’s no secret that a lot of the current health issues we face today are due to the consumption of foods that are high in calories but low in nutrients - i.e. empty calories.

The problem with foods high in nutrient density is (like the protein problem) all those nutrients, wholegrains and fibre can be very filling.

Trying to cram in an extra couple of thousand calories per day of nutrient-dense foods is going to leave most people crying into their lunchbox.

Of course, this doesn’t mean you shouldn’t eat good quality vegetables and fruits, quite the contrary, your body can only build from the raw material you put into it so you absolutely must get good nutrition into your diet.

However, if you want to pile on the mass you’re going to have a lot more success by consuming white rice instead of brown rice or quinoa and white potatoes rather than sweet potatoes.

Remember, we are trying to add muscle mass not lose weight so two or three fistfuls of low nutrient, starchy carbohydrates at each meal is going to be an easy-to-eat, calorie-busting mass builder. 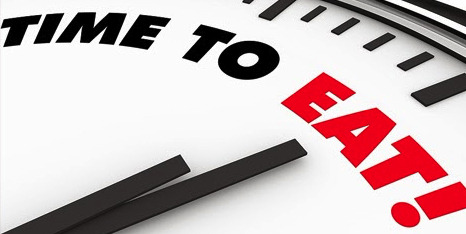 If you’re skinny or a “Hard Gainer” you don’t eat enough food. That’s a fact.

A big part of that problem is that most of you don’t eat enough meals throughout the day, which means you end up sitting down three times a day and attempting to scoff down over a thousand calories in each sitting.

For a skinny guy with a small appetite that’s a huge task, impossible for many and extremely uncomfortable for all.

So, rather than sitting down just a few times a day to a plateful of food large enough to feed a small village, you have to start eating more frequently.

Let’s start as you should each day - with breakfast. Skinny guys have a tendency to skip breakfast. If you don’t eat breakfast you probably don’t eat until around lunchtime which means every day you go over fifteen hours without putting any calories into your system.

So here’s a simple way to get a whole bunch of extra calories into your diet:

And you never go more than eight hours or so without eating, which makes three or four thousand calories per day a lot more appetising. 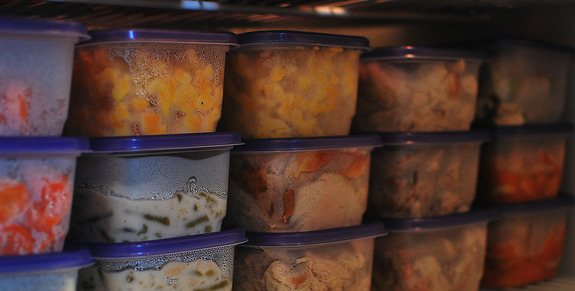 Fail to prepare, and you prepare to fail!

The key to frequent meals, as with everything, is preparation. If you want to bulk up you have to bulk prep.

You’ll be surprised how much food you can get through when it’s already prepared and you remove the hassle of having to cook each meal, one a time.

Finally, if you’re in a hurry or just need to cram in such extra calories between meals or recover after training, try this great mass building protein shake recipe: 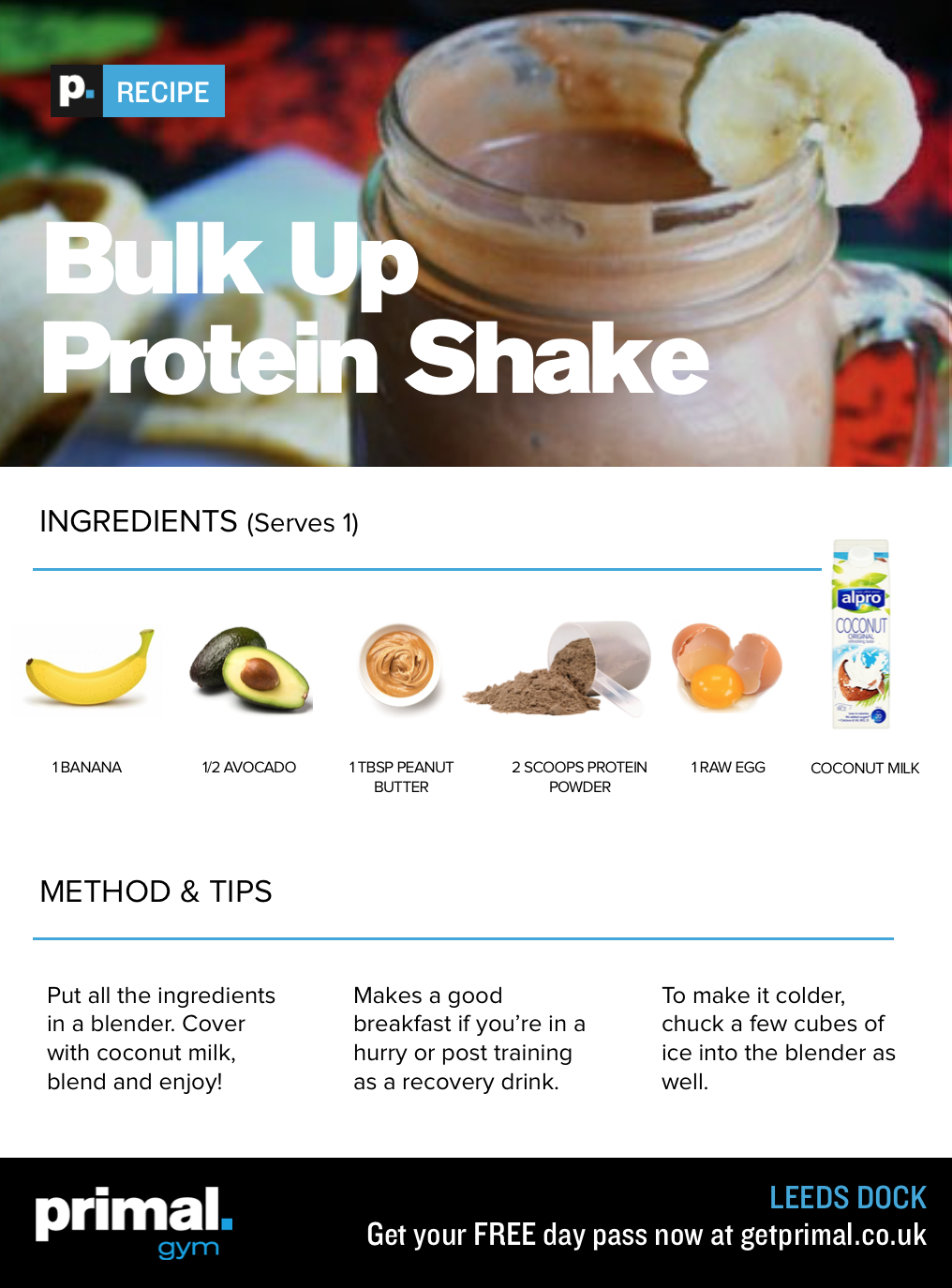 5 Healthy Packed Lunches to Keep You Going All Day